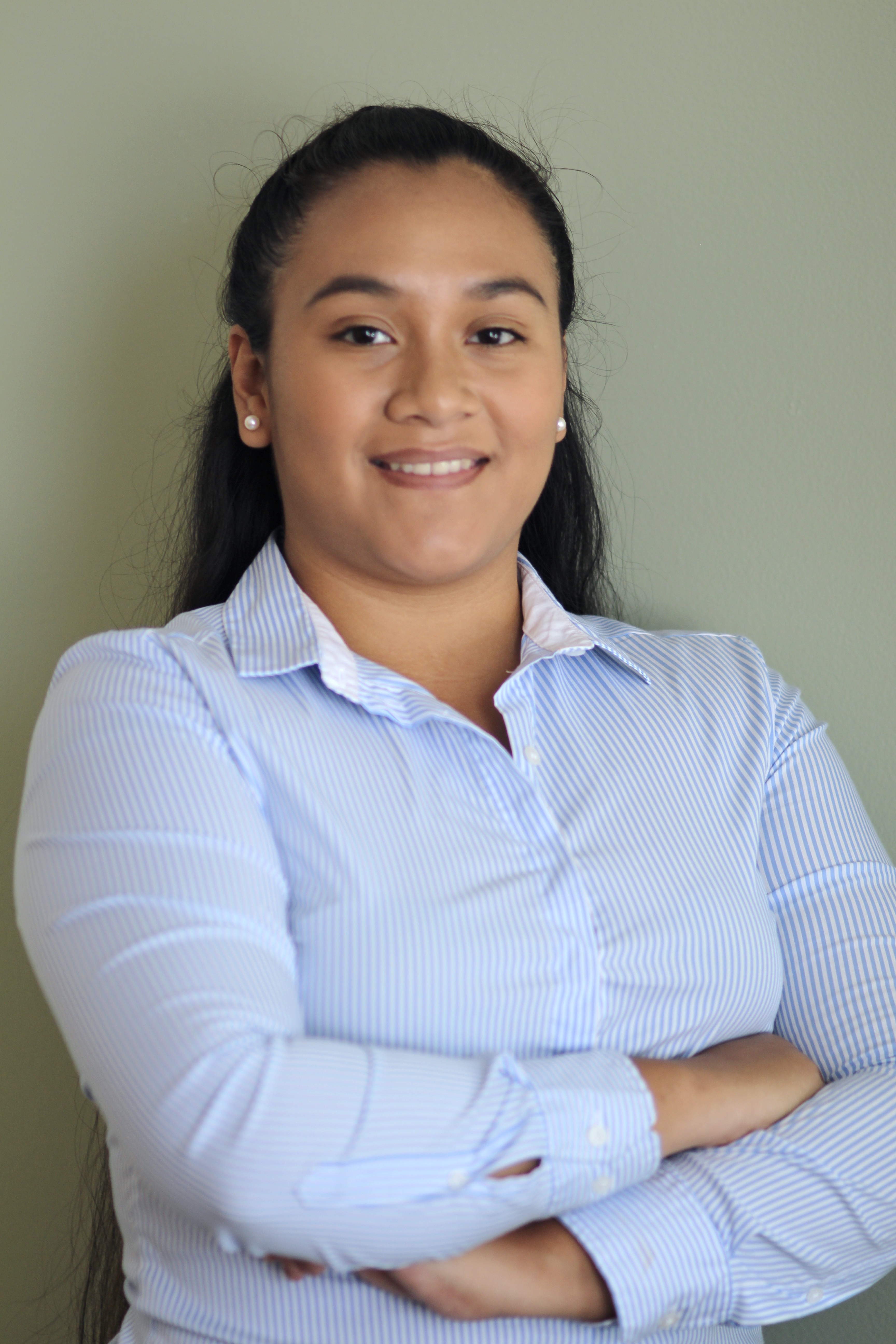 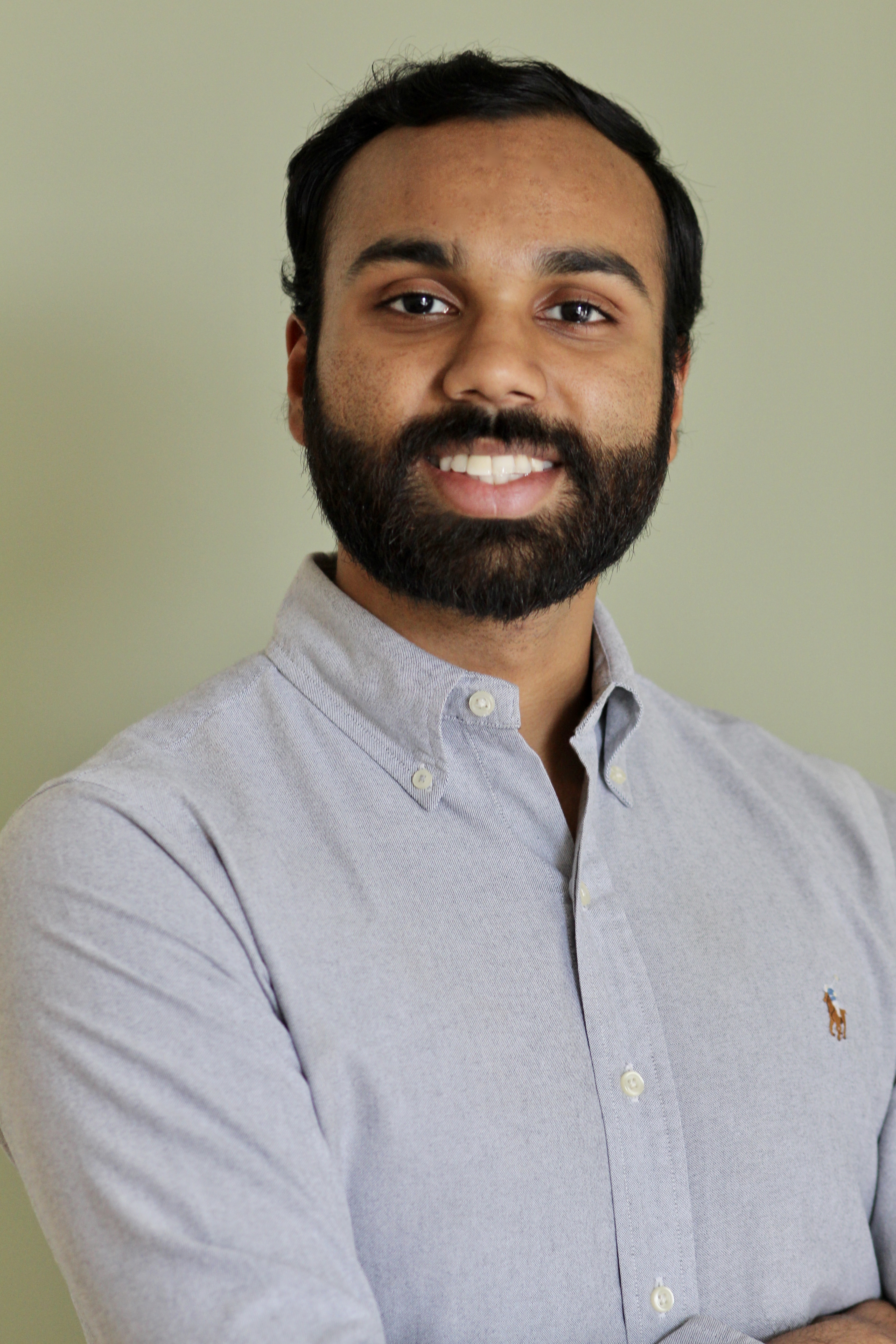 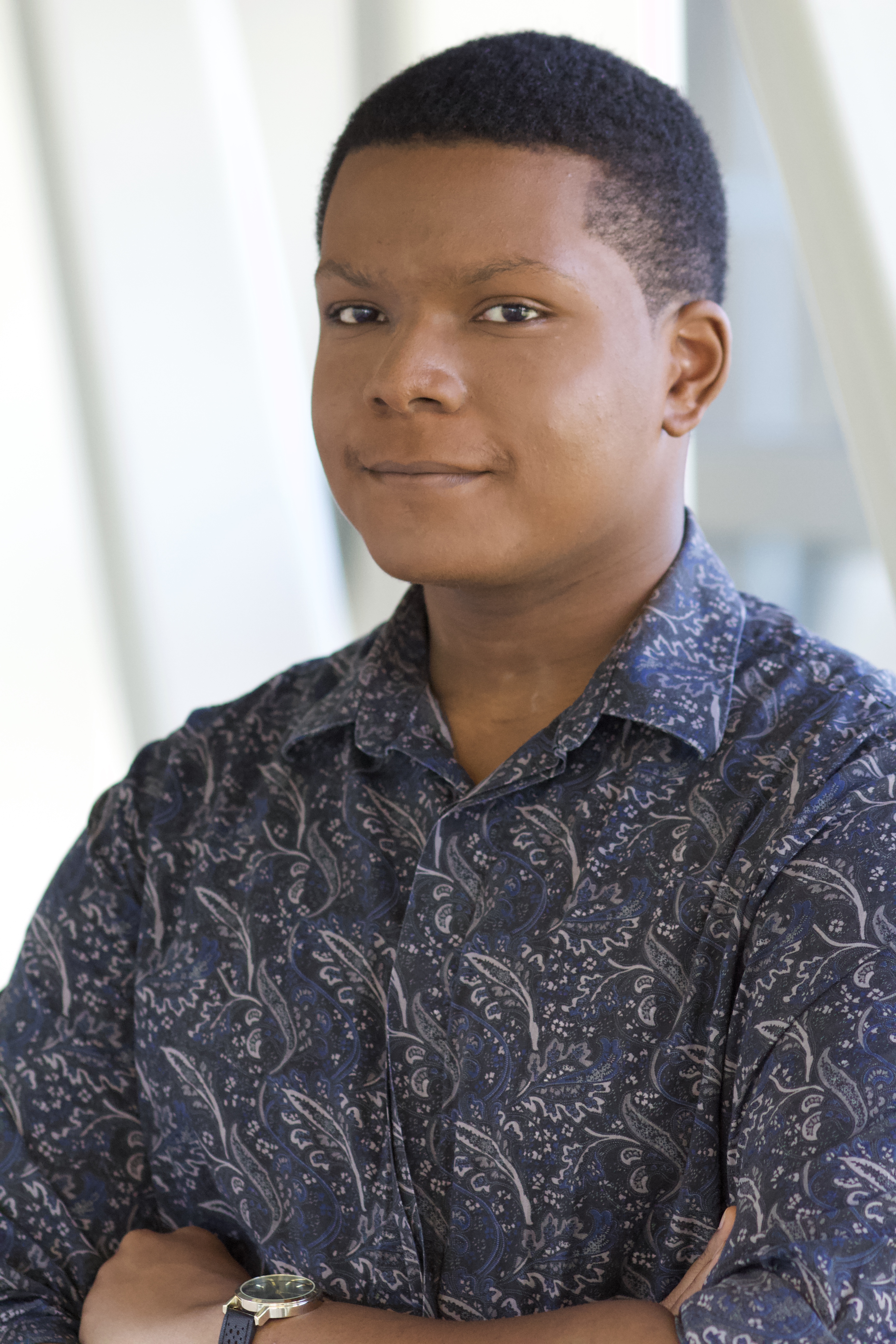 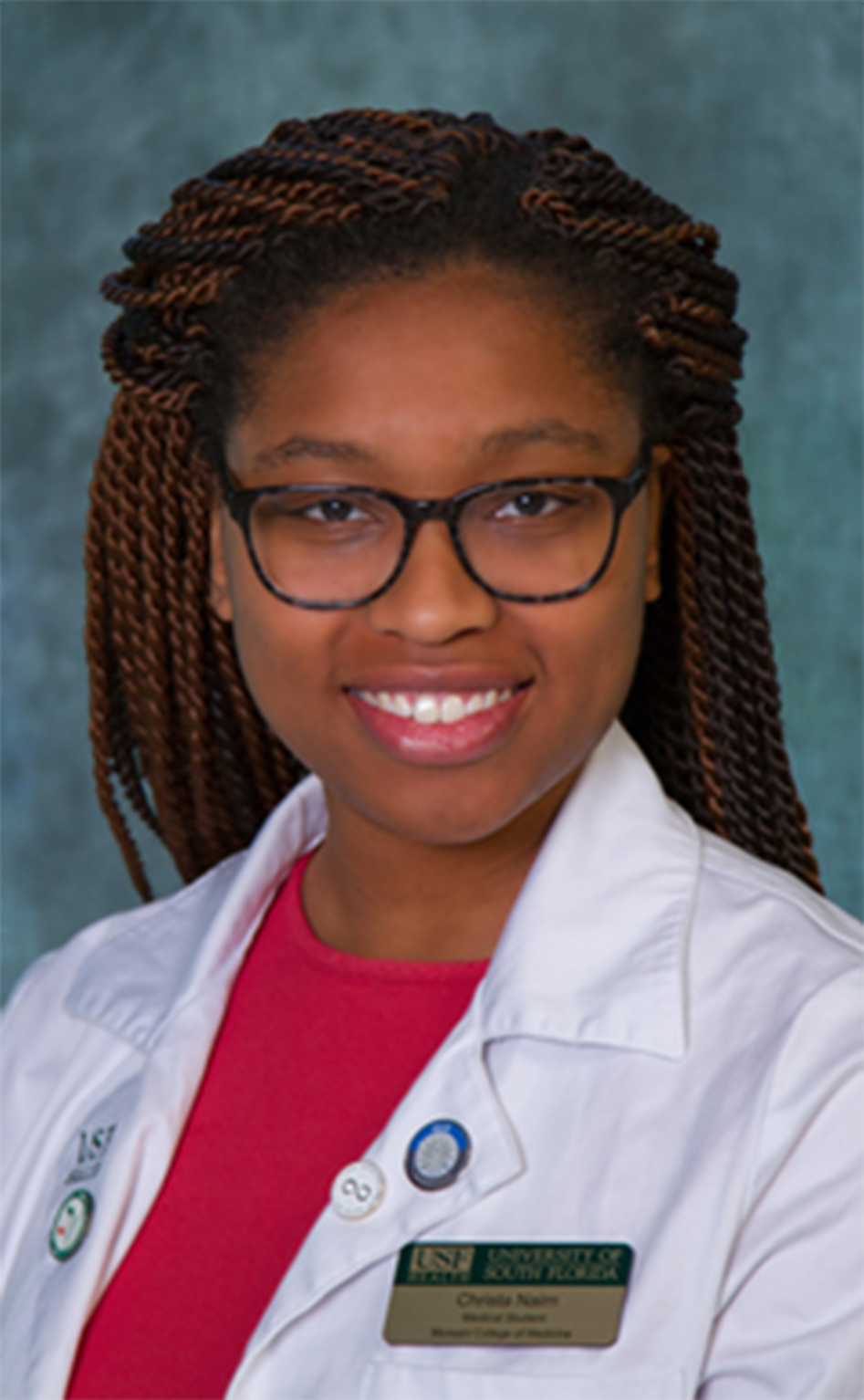 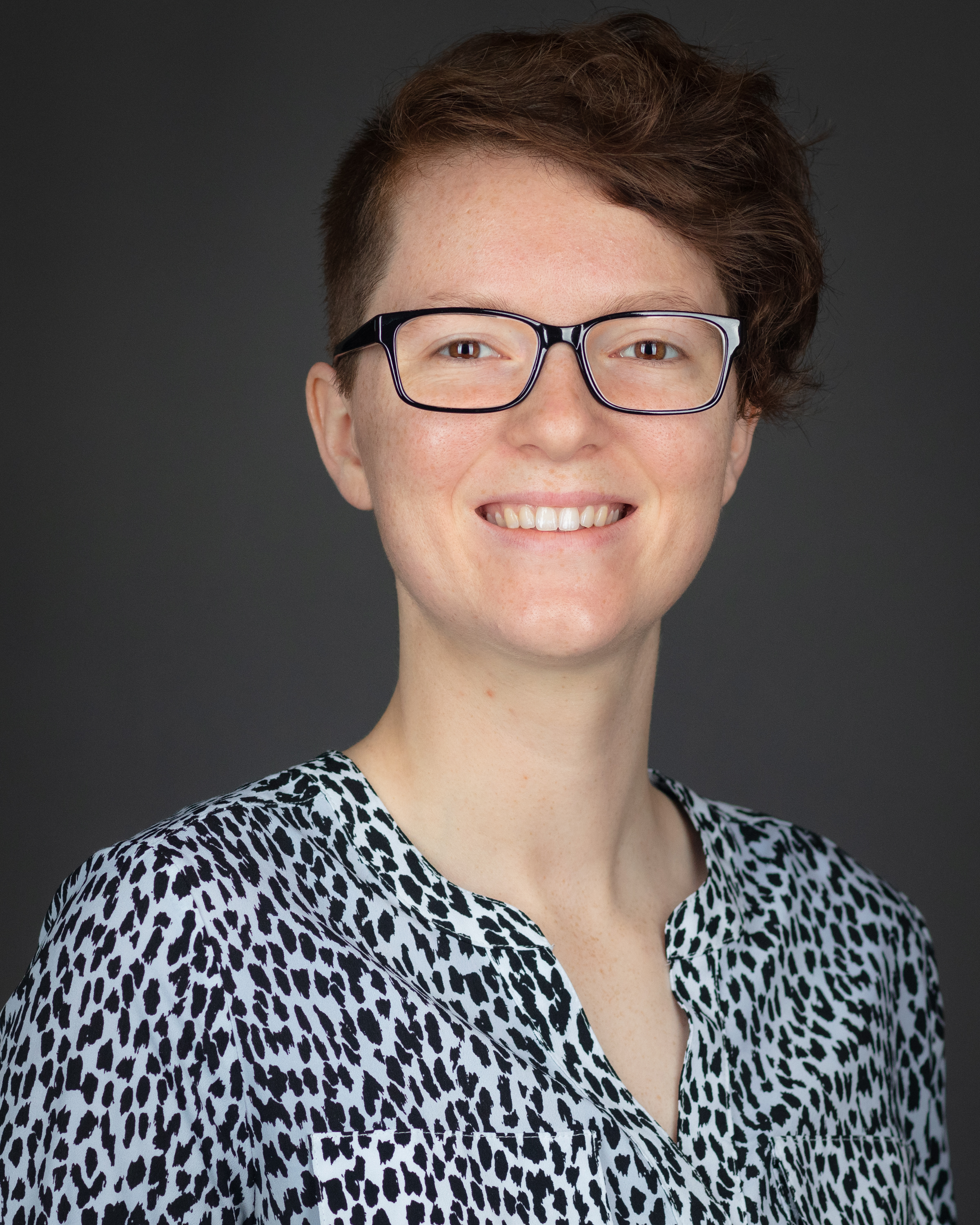 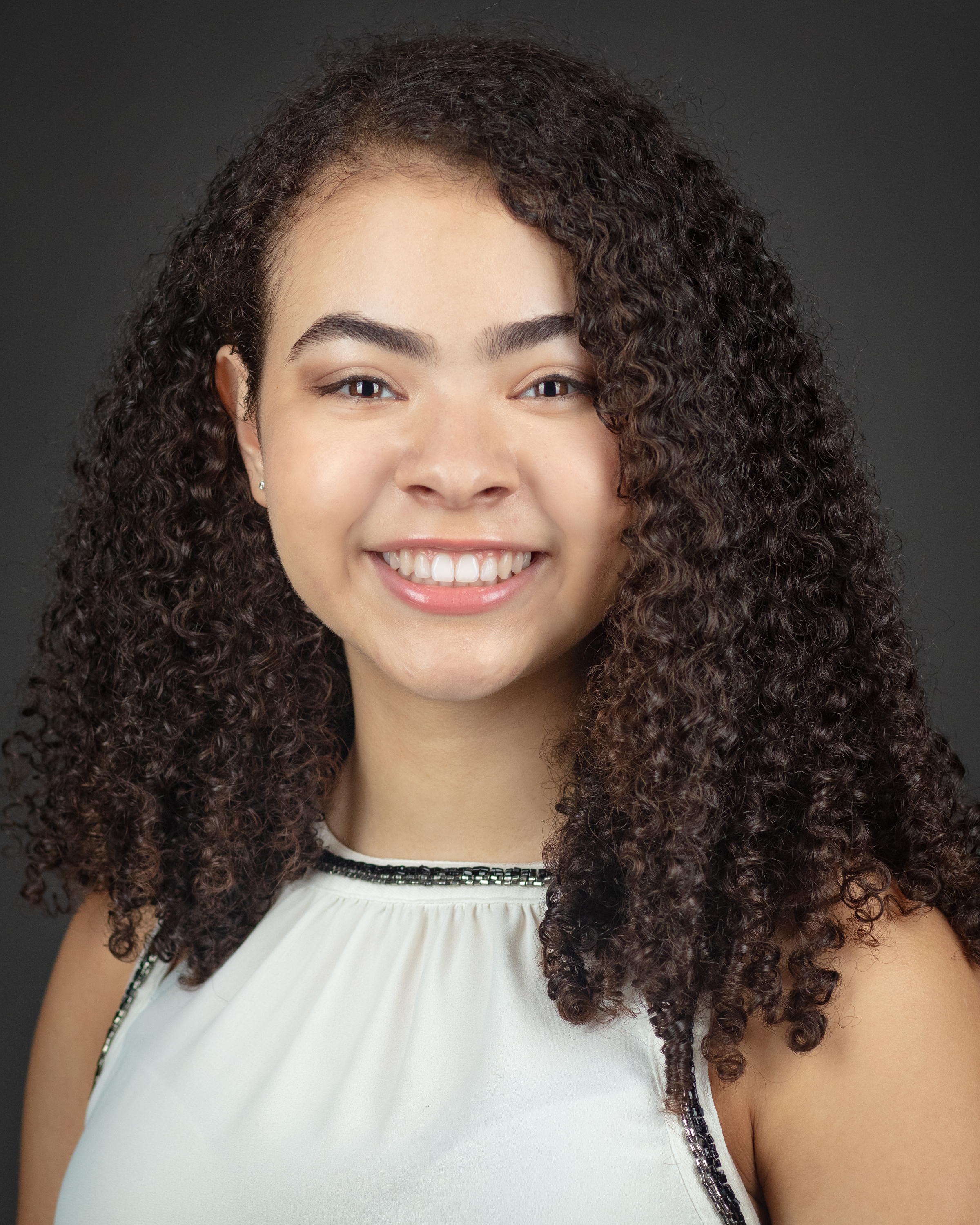 Vanesa Carreno was born in Lima, Peru and immigrated to the United States when she was 5 years old. She is currently a graduating senior at USF obtaining her Bachelor’s degree in Biomedical Sciences. This summer Vanesa is working on a research project entitled “Libre del Cigarrillo"  under the mentorship Dr. Vani Simmons. Libre del Cigarillo is a Randomized Control Trial with Spanish-preferring smokers throughout the United States. The objective of this study is to test the efficacy of a self-help intervention for smoking cessation, tailored for the Hispanic/Latino population, against usual care. For her research project this summer, Vanesa is conducting a secondary analysis to examine e-cigarette use among Hispanic smokers.  After completing her undergraduate education Vanesa plans to take a gap year to prepare for medical school admission. She enjoys travelling and doing community service through her sorority, Lambda Theta Alpha Latin Sorority Inc.

Rohit is a rising 2nd year medical student at the USF MCOM. A Tampa native, he graduated from Johns Hopkins University in 2017 with a Bachelor of Science in Molecular & Cellular Biology with a double major in Medicine, Science, and the Humanities and a minor in Medical Spanish. Currently, working under Dr. Cathy Meade, Rohit is analyzing Behavioral Risk Factor Surveillance System data to assess trends in Colorectal Cancer (CRC) screenings for different states based on Medicaid expansion. The objective of his research this summer is to identify the implications and impact of Medicaid expansion on CRC screening rates among the underserved populations. For his long term goal as a physician, he wants to treat the medically underserved and advocate for health care reform. A couple of his favorite pastimes include playing and watching sports and spending time with friends and family.

Rickey Murray is originally from Orlando, Florida. He is a rising junior at USF majoring in Chemistry. In the future Rickey would like to become a medical doctor. Through his experiences as a SPIRIT-CHD intern, Rickey has also garnered a deeper interest in health disparities research and is now exploring the possibility of obtaining an MD, PhD. Working under Dr. Robert Rounbehler, Rickey’s current research involves understanding the expression differences of polyamine enzymes in prostate cancer. Subsets of prostate tumors in African American men have increased expression of the polyamine enzyme spermine synthase. The objective of his research is to test whether or not the increased expressions (of the polyamine enzyme spermine synthase) impair radiation therapy in these patients. In his free time Rickey enjoys reading and spending time with his dog.

Christa Nairn is originally from Boynton Beach, Florida. She is a first generation American; her parents immigrated from the Bahamas. Christa completed her undergraduate education at the University of Miami where she received a Bachelor of Science in Exercise Physiology. Christa also completed minors in Business Administration, Sports Medicine, and Chemistry. This summer, working under Dr. Clement Gwede, Christa is developing a protocol to educate African American barbers as lay health educators for their patrons to increase awareness, early detection and prevention of skin cancer including melanoma. Christa currently serves as the president of the Student National Medical Association, which focuses on improving health outcomes in the African American community through health education and promotion. When she is not studying Christa enjoys spending time with her family, singing, and trying new restaurants.

A rising second-year medical student, Nat Jones has always had a passion for synthesizing solutions to seemingly impossible problems. As an undergraduate at FSU, Nat earned a BS in biology and a BA in art history—successfully publishing an Honors Thesis for each degree. Nat also founded the top-ranked college chapter of Be The Match On Campus, organized the first FSU Undergraduate Art History Research Symposium, and founded the FSU Transgender Community Closet. In 2016, Nat earned a Critical Language Scholarship through the Department of State to study Japanese. The following summer, Nat participated in the UCSF Pre-Health Undergraduate Program and became inspired to mentor future generations of transyouth entering the health system. As a medical student, Nat works as a Staff Coordinator for the BRIDGE clinic to serve Tampa patients living below the poverty line, organizes tumor board shadowing as Secretary of the Interdisciplinary Oncology Interest Group, manages the budget of Medical Students for Choice as Treasurer, and oversees the GLBT AMSA as Vice President. Nat is currently conducting an independent pilot study on how quality of care affects anxiety and depression levels of transgender patients living in the Tampa Bay area with the hope of reducing health disparities that impact this underserved population.

Kayla McLymont is originally from Tampa, Florida. She is a rising sophomore at Brown University concentrating in Public Health. Working under Dr. Shannon Christy, Kayla’s current research involves evaluating the barriers that prevent first degree relatives from receiving colorectal cancer (CRC) screenings. The objective of her research is to understand the efficacy of educational interventions in increasing CRC screening uptake in community settings. After completing her undergraduate education, Kayla plans to obtain a Master’s degree in Public Health as she prepares for medical school admission. In her free time, she enjoys playing volleyball and spending time with friends and family. 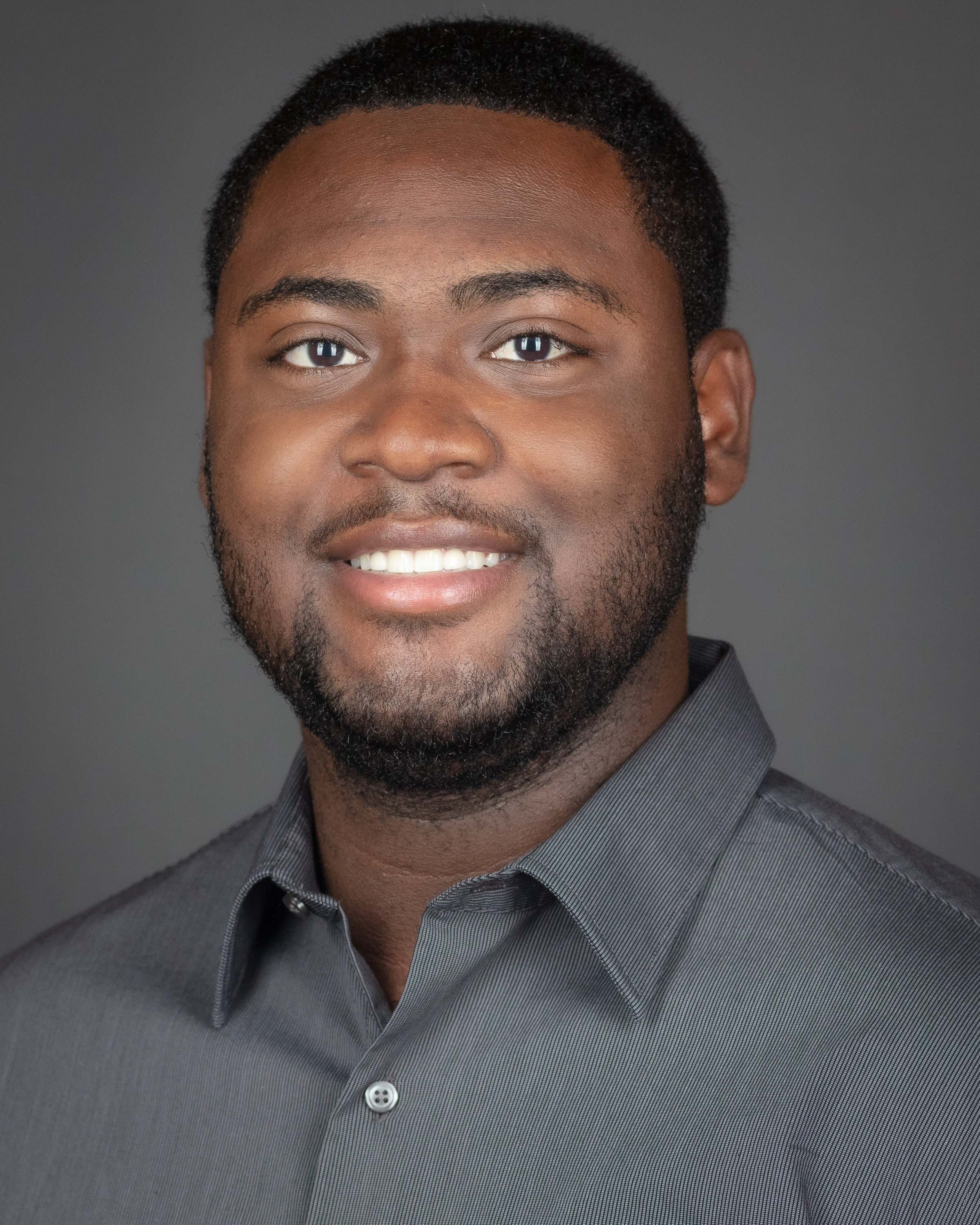 Darrys Reese is a rising Junior at the University of South Florida. He was born in Vallejo, California but has been living in St. Petersburg, Florida since he was 3. Darrys is majoring in Microbiology and minoring in Entrepreneurship, and after completing his Bachelor’s degree, he aspires to get into a MD/PHD program. This summer Darrys is working in the laboratory of Dr. Eric Lau. The Lau laboratory studies how the modification of proteins with the dietary sugar L-fucose controls cancer biology, specifically in the contexts of melanoma and breast cancer. Darrys’s project focuses on helping to dissect how the fucosylation of integrin av regulates breast cancer biology. When integrin av is fucosylated, it sends signals inside breast cancer cells to promote cell growth. The goal of Darrys' research is to determine the functional contributions of focal adhesion kinase (FAK) in mediating signals sent by fucosylated integrin av. In his spare time, he likes to watch movies and cook. 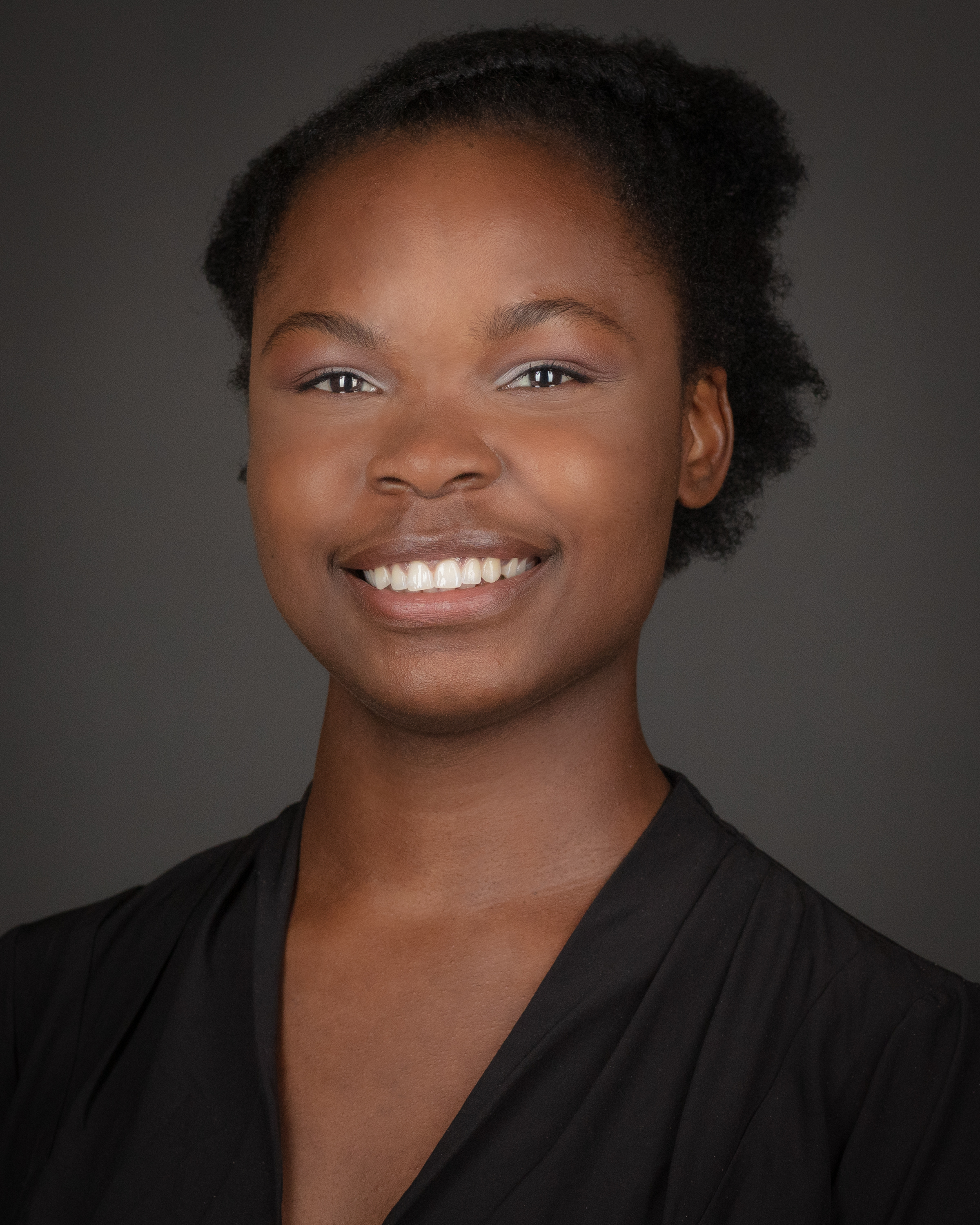 Going into her fourth year at UMass Amherst, Naria is pursuing a Public Health Major with Minors in Biology and Economics. Her formative years since moving to the U.S. have been marked with many significant academic and professional milestones closely tied to epidemiologic research, the area in which she intends to acquire her PhD. As a scholar of the Dana-Farber/Harvard Cancer Center CURE program, collaborating within the Nurses’ Health Study ignited her advocacy for an intersectional, translational approach to research. Naria’s current SPIRIT-CHD research project, under the mentorship of Dr. Stephanie Schmit, is constructed with intentional diversity and goals for potential real world impact. She is focusing on characterizing racial disparities within the molecular landscape of colorectal cancer in Moffitt’s ColoCare patient population. 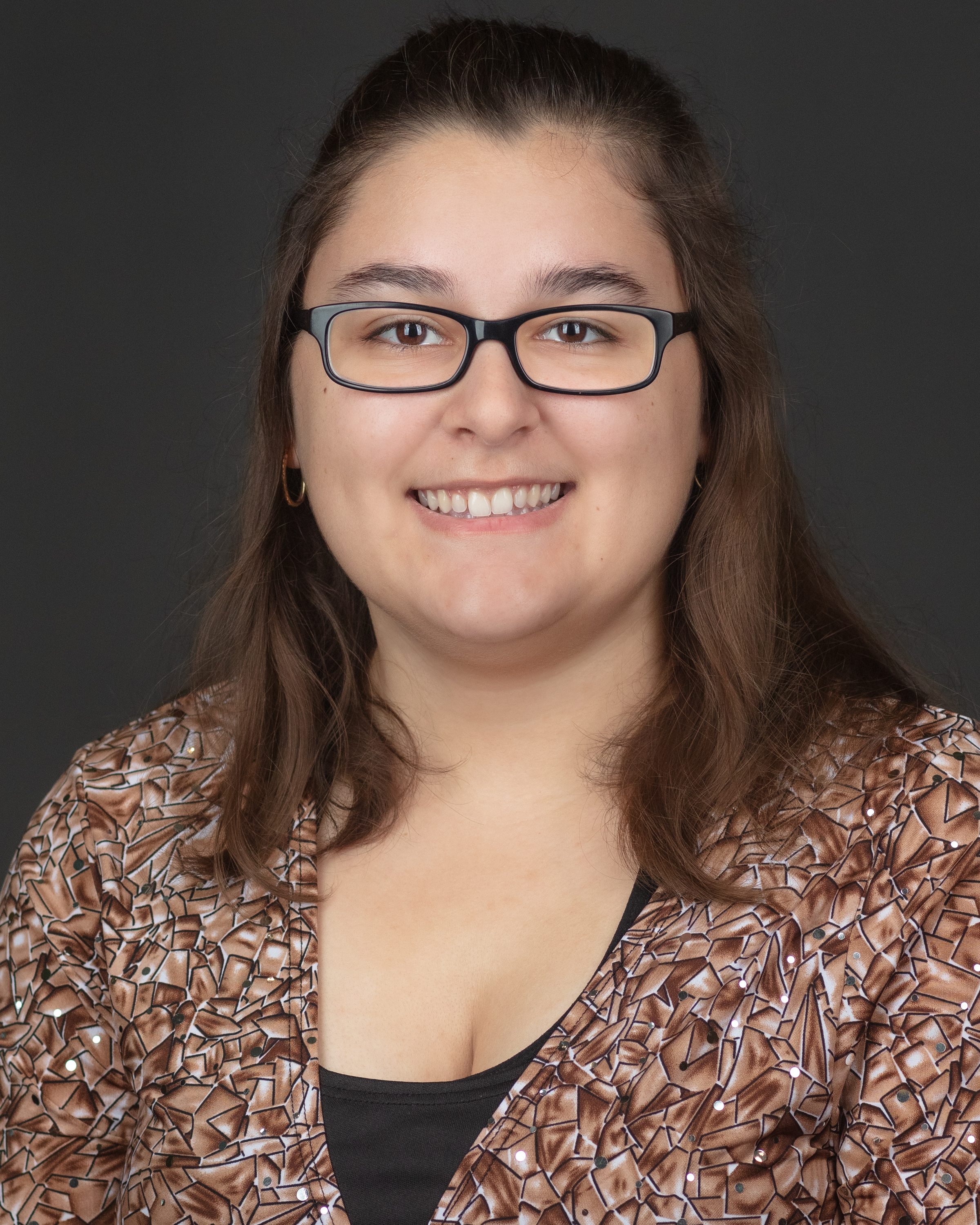 Marissa Maldonado is currently a second year medical student at the USF MCOM. She received her B.S. in Biomedical Sciences as well as minors in Psychology and Africana Studies from USF in 2017. Under Dr. Park’s guidance, Marissa will be working on the Prostate Cancer Biobank Project. The project also seeks to determine how smoking habits affect the aggressiveness of the prostate cancer. Marissa is interested in learning about health disparities and volunteers at the BRIDGE Clinic to help medically underrepresented patients in the university area. During her spare time, Marissa enjoys spending time with family and going to see the newest movies. 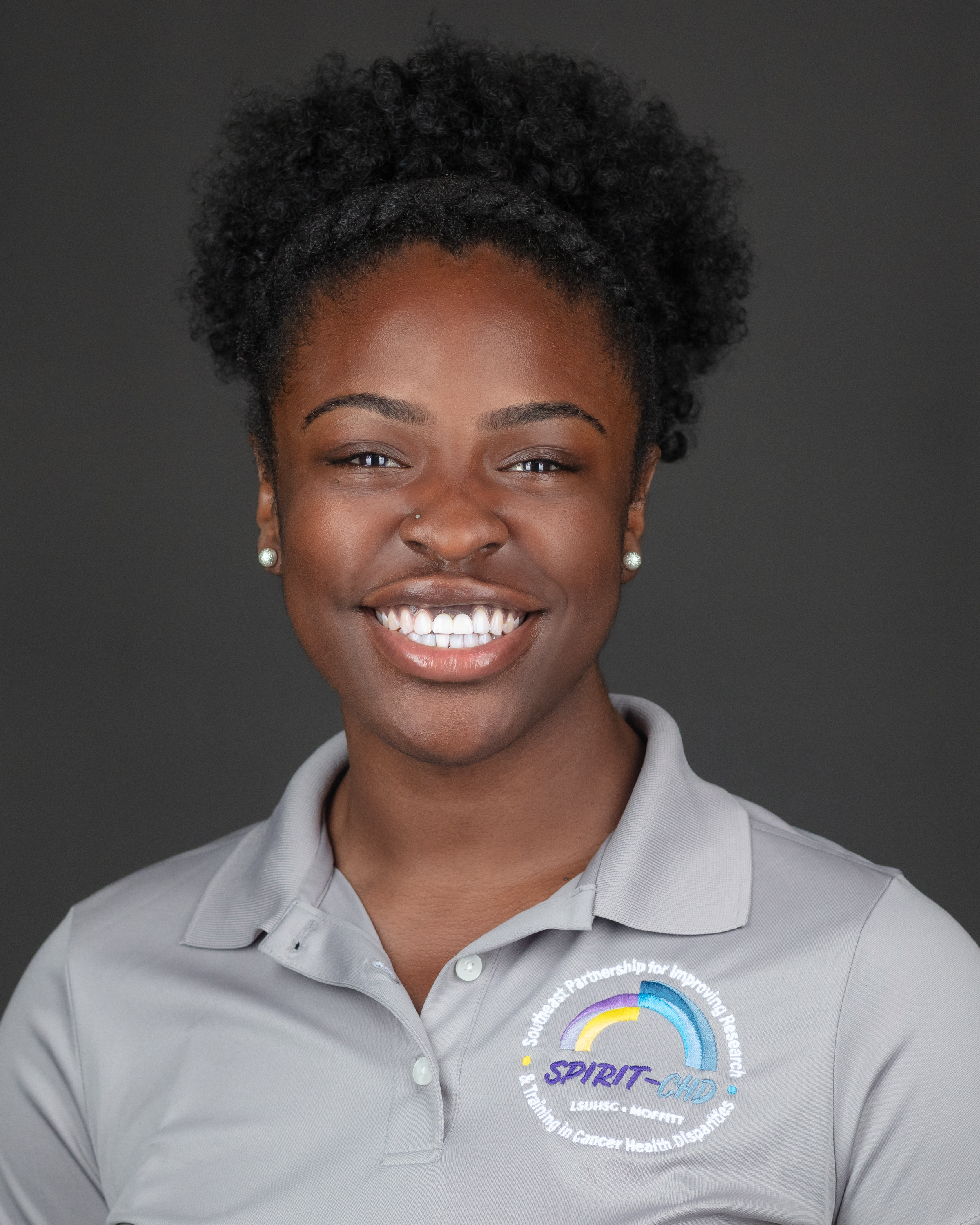 Monise Harris is from Hobe Sound, Florida. She is a first-generation college student with a passion for healthcare. Currently, Monise is obtaining a Bachelor of Arts in Chemistry with a minor in Psychology. As a SPIRIT-CHD intern, she will work under Dr. Vani Simmons and Dr. Ursula Martinez at the Tobacco Research and Intervention Program. Project EASE entails developing an intervention program for smoking cessation targeted for dual users, people who utilize cigarettes and e-cigarettes, and assessing the efficacy among three participants groups. Monise will investigate health disparities found among smoking cessation rates for this project. After graduation, she will take a gap year to prepare for medical school admissions. Additionally, enjoys promoting STEM to the youth and viewing nature.